Get Unlimited Access to All Sheets for 14 Days Try it for free
We use cookies to improve our site and your experience. By continuing to browse our site you accept our Privacy Policy. ✖
Go back

5 Wonderful Worship Songs to Play on the Piano

Share
Written By
Clara Avrillier
About the author
Clara Avrillier was introduced to music from a young age, firstly singing in choirs, then playing percussion in several orchestras before going on to study piano and classical music in Scotland. Following a master’s degree in linguistics, she now brings together her musical and language skills to accompany you on your journey with Tomplay.
Date published
31/05/2022
Show/hide details

5 Wonderful Worship Songs to Play on the Piano

Music has been a part of religion for centuries because it is a beautiful way for people to worship together and to enhance the religious experience. Centuries ago, the Christian religion used songs in Latin in services before moving on to songs in the vernacular. In the 19th century, the Revival Movement led to the development of new styles and genres, especially in the USA with gospel music and spirituals.

One such genre is contemporary worship music, or worship/praise songs, which has evolved over the last 60 years or so. This genre developed out of a desire to fight against the stigma of church being ‘boring’ and ‘dull’, particularly for young people. Therefore the idea of creating more modern, upbeat, pop-like songs was born. The lyrics of these songs present the ideas found in the bible and praise God.

In this article, we will present five wonderful worship songs which are either traditional hymns or contemporary praise and worship songs, to play on the piano. There are three collections of worship songs for the piano:

▶️️ Discover The Most Beautiful Worship Songs to Play on the Piano, Vol. 1

▶️️ Discover The Most Beautiful Worship Songs to Play on the Piano, Vol. 2

▶️️ Discover The Most Beautiful Worship Songs to Play on the Piano, Vol. 3

In Christ Alone is a song written by Stuart Townend and Keith Getty. Townend grew up in a Christian family in England and throughout his career, he has produced albums for many well-known worship leaders in the UK. Many of his compositions are now staples in the contemporary worship song repertoire. Getty and his wife Kristyn perform as a duo and they run the record label Getty Music, which has produced many popular Christian hymns. Getty was even awarded an O.B.E (Officer of the Order of the British Empire) for his contribution to music and hymns.

In Christ Alone was the first collaboration between Townend and Getty, which they undertook after meeting at a worship event in 2000. The pair completed the song in 2001, so it’s a very modern worship song. The melody has a very Irish style to it and the theme of the piece is focused on the life, death and resurrection of Christ.

When asked about the song, Getty said:  “I wanted it to become a hymn that would declare the whole life of Christ and what it meant. Something that could teach people the foundations of what we believed in Christ the God who changed all of history and who wants a relationship with each of us.”

South African singer Adrienne Camp recorded her version of the song in 2002 with Christian band Geoff Moore and the Distance.

Play In Christ Alone on solo piano. It is set at an easy/intermediate level and you can use the separate hands feature and tempo changer to help you learn the music.

Be Thou My Vision

▶️️ Play Be Thou My Vision on solo piano

Be Thou My Vision is a traditional Christian hymn which is very popular in the United Kingdom. However, the origins of this wonderful piece are blurry - the song dates back to the 5th century yet it has survived and is still played today, a testament to how brilliant the music and lyrics are.

What we do know about this praise song is that the origins are Irish and strongly linked to St. Patrick. The melody of the song was originally titled Slane: it was written by an anonymous writer as a tribute to Patrick. The story goes that in 433, the local king in Ireland forbade anyone from lighting a flame or a candle during a Pagan festival. Patrick disagreed with this and in an act of defiance, climbed to the top of Slane Hill on the day of the festival and lit a large fire. With regards to the lyrics, many have attributed them to Dallán Forgaill, an Irish poet from the 6th century.

It was only in the 20th century that the melody and lyrics were put together to create the song Be Thou My Vision as we know it today. In 1905, a young student found the original text and translated it into English for the first time. Then in 1912, an Irish woman named Eleanor Hull combined the text with the melody of Slane, creating the song Be Thou My Vision. After appearing in a hymnal for the first time in 1919, the song celebrated its 100-year anniversary in 2019.

Tomplay has arranged the praise and worship song Be Thou My Vision for solo piano. The left hand plays a very simple accompaniment while the right hand provides the melody. This piece offers a great opportunity to practice pedalling. 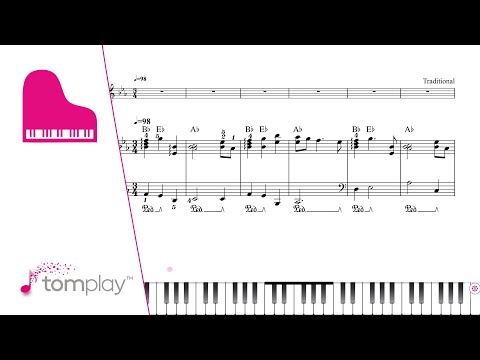 ▶️️ Play Abide with Me on solo piano

The origins of the hymn Abide with Me are also a bit hazy: it was definitely written by Scottish minister Henry Francis Lyte however there are two stories as to when he wrote it. The first story is that he wrote it in 1847 when he was sick and dying from tuberculosis. The second story is that he wrote it in 1820 following a visit to a sick friend, who repeatedly used the phrase ‘abide with me’. This inspired Lyte to write the hymn which he then gave to his friend’s family.

The music of this hymn was written by William Henry Monk, a British organist and church musician. Monk’s three-year-old daughter had just passed away and she was his inspiration for the melody, which he originally named Eventide. The music was set to Lyte’s text in the 1860s

Abide with Me is available on Tomplay for solo piano and is set at an intermediate level. Don’t be fooled by the simple appearance of the music - although it is mainly composed of crotchets and minims, the challenge is to make the melody sing out and to avoid the accompaniment sounding repetitive or wooden. 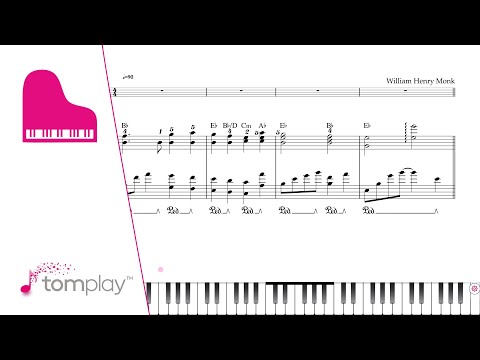 Eagles represent freedom and power, and in Christianity, they are often used as a symbol of the resurrection of Christ. The song On Eagle’s Wings has a slightly different take: the eagle in this case symbolises God and the uplifting feeling he provides in the lives of his followers.

This popular devotional hymn is fairly modern as it was written in the 1970s by Michael Joncas, a priest and composer. He wrote the piece after discovering his friend Douglas Hall’s father had passed away. Many people have found the song to be a comfort through grief, including American President Joe Biden who highlighted the importance of the song to him and his family, including his son Beau who died of brain cancer in 2015. The piece was also played at the funeral of several victims of the September 11 attacks.

The chorus of the song is simple but builds up slowly, almost like a metaphor for flying on an eagle's wings as the bird flies higher in the sky. Combined with the beautiful and uplifting lyrics, it’s not hard to see why so many people love this song.

Discover On Eagle’s Wings with Tomplay: this worship song is available for solo piano and is aimed at intermediate level pianists. The melody in the right hand is accompanied by a lower note in the same hand, so it’s important to ensure the higher note sings out above the rest and is not lost in the music. Have a listen to the right-hand part first using the volume controls, then give it a go yourself. 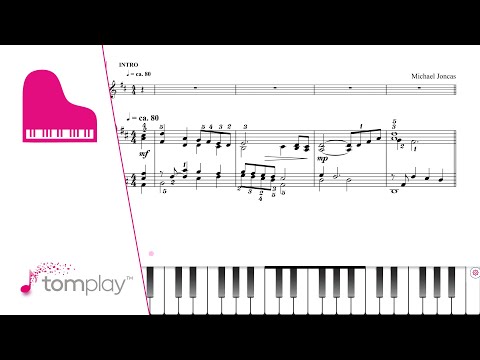 Leaning on the Everlasting Arms

▶️️ Play Leaning on the Everlasting Arms on solo piano

Our final worship song is a hymn from 1887, Leaning on the Everlasting Arms. The lyrics were inspired by a phrase in the Bible from the Book of Deuteronomy 33:27:

“The eternal God is thy refuge, and underneath are the everlasting arms”

Anthony J. Showalter, who wrote the lyrics with Elisha Hoffman, was moved by letters from two former students who had lost their wives and when writing to them to offer his condolences, he used the phrase above. Hoffman completed the text by providing the stanzas and Showalter then set it to music.

While the hymn has a very simple structure, there are various techniques in the text which are complex. For example, the use of epistrophe (the repetition of the same word(s) at the end of successive phrases). If you look at the lyrics of this worship song, the word ‘leaning’ is repeated several times in the chorus. Not only does this make it easy to remember the words, it also reinforces the message of the song: that you can lean on God for support in difficult times.

This soothing song has universal appeal and has been covered by many artists in many different styles. For example, American gospel singer Mahalia Jackson sang it, adding a gospel twist. Folk singer Iris DeMent provided a more traditional version, which is slower and accompanied mainly by the piano. The song has also been used in various films and TV shows. 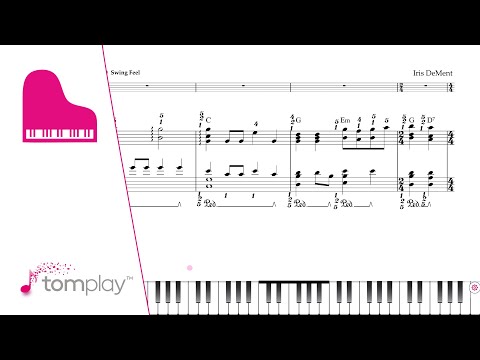 10 scary Piano Pieces to learn for Halloween (with sheet music)